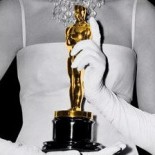 …In relentless pursuit of all performances nominated and won!

1988 ushered in 5 strong nominated performances by Glenn Close (Dangerous Liaisons), Jodie Foster (The Accused), Melanie Griffith (Working Girl), Meryl Streep (A Cry in the Dark), and Sigourney Weaver (Gorillas in the Mist).  I have now seen all of these fine performances.  Foster ultimately – and most deservingly – won the Oscar for her harrowing and gripping performance as gang rape victim Sarah Tobias in The Accused.  It is a movie that is very tough to watch and difficult to swallow, but it truly showcased one of our finest actresses at the top of her form, winning her first of 2 Academy Awards (her second for The Silence of the Lambs would follow in 1991).  When I first saw The Accused, I was only 14 years old and it was a real, almost horrific eye-opener to me.  Ironically, I saw it with my sisters in the theaters when it was released, and I don’t think my parents had ANY idea that that was the movie we were going to see, or else they probably would have stopped us from going!  I realized at the time what a strong performer Jodie Foster was and my high appreciation for her and her work has not abated since.

Foster had some strong competition in 1988 from her fellow nominees, and after watching A Cry in the Dark, I feel only more sure of this where Meryl Streep is concerned.  While we all have almost come to see Streep as the iconic movie actress who can almost play no part wrong – this role was truly no exception to that rule.  In this true story, Streep plays Lindy Chamberlain, who, with her (7th Day Adventist) family vacations in the Australian Outback in summer of 1980.  The family endures extreme tragedy when baby daughter Azaria is stolen from their tent by a dingo (a wild dog).  After bloody, torn articles of clothing are subsequently found (and Azaria herself never discovered and assumed dead), Chamberlain is put on trial and eventually convicted of murdering her own child.  I credit the filmmakers (notably director Fred Schepisi) with creating an assured film that is made even more credible by veiling the story through the eyes of the public – at several points throughout the film, Schepisi has set up vignettes of the public and the media watching the story as it unfolds, making their own biased/unbiased commentary on it.  To most of the public (and media), Chamberlain came off as hard, cold, and unfeeling.  This led them to believe immediately – and incorrectly – that she was guilty of murdering her own child.  The film almost stands as an indictment of those of us quick to draw conclusions without having all the evidence.  Truly, a clever piece of filmmaking.  We, as the audience to this film, know that Linda Chamberlain is innocent.  It is therefore almost frustrating to watch the reactions of the quick-judging public as they assure themselves and argue unabashedly over her guilt.  At the very end of the film, Sam Neill, who portrays Lindy’s aggrieved husband Michael, is asked by a reporter why the Chamberlains have kept up their fight.  He states, “I don’t think a lot of people realize how important innocence is to innocent people” – a true testimony in regards to the Chamberlains and their story.  (Lindy and Michael Chamberlain were eventually exonerated of all charges when a key piece of clothing worn by Azaria at the time of her death – a knitted matinee jacket – was found 5 years later near a dingo’s cave.)

In summing of Streep’s performance, I have to say that it was nothing short of brilliant, and quite possibly what you would expect of an actress of Streep’s character and range.  She thoroughly did her research into Lindy Chamberlain, fully grasping the accent, posture, and nature admirably.  You actually root for her, despite how cold she appears in the witness stand.  She had considerable support in a strong performance from Sam Neill as Michael Chamberlain (who was not nominated, but surely deserved mention).  Including this film among Streep’s record nominated performances seems only fitting, as it is one of her finest.

Blogs You Need to Check Out... Really.